The Chirping Noise in my Ear 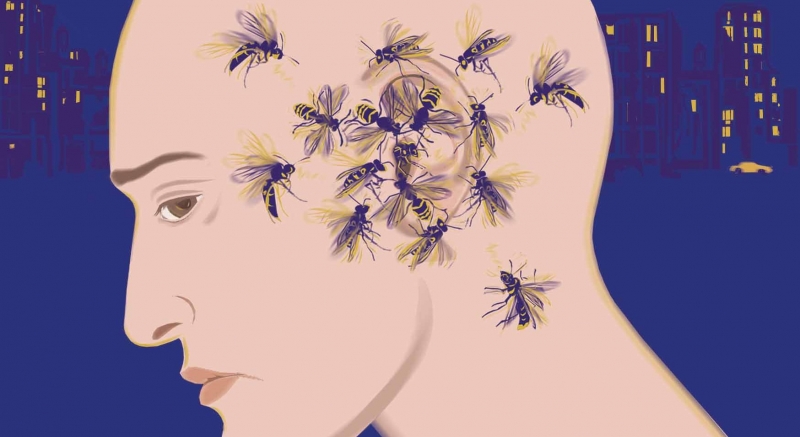 For fifteen months I’ve been faced with the minor inconvenience of stage four lung cancer and certain death.  I’ve been able to take certain steps to mitigate that such as turning a worthless pension into a large amount of cash, travel extensively for a period and quit work, banking a pay off that noted 31 years of contribution.

At the same time as the cancer was diagnosed my eye went sore and my face slipped.  Bell’s palsy.  This condition I mitigate in different ways.  Applying lotion to my sore eye.  Taping over the eye at night to stop it drying out and getting infected.  Holding the right side of my lip up during conversation to ensure I can speak without a lisp.  Not quite as easy to take positive steps over compared to my death sentence.

Last May I also went deaf in the right ear.  Apparently a side effect of the Bell’s palsy. Facial nerves simply not playing the game they’re meant to play.  In good news I get to see a hearing specialist in three weeks.  I probably should have sought out a BUPA referral in the days before my employment ended.

In less good news I appear to be suffering from tinnitus.  For about 50% of the time it feels like there’s a cricket chirping away in that right ear.  It’s certainly not as severe as some of the cases of tinnitus Google has led me to online, but it is real and a tad irritating.

And while it’s likely to be linked to the Bell’s palsy it’s another irritant on the list of ailments nibbling away at me.

Lung cancer.  Pain, restricted mobility, now need a walking stick.  But on the bright side, no cough.  Just a bit of dying to come at the end.

Constipation.  Pain medication bungs me up.  I tell you, that’s no fun!  Sachets of medication to loosen up mean I should never be too far from the porcelain.

Bels palsy.  Sore eye.  Nosebleeds.  Wonky face.  Deafness.  Tinnitus.  At least the wrinkles have gone on half my face!

Ingoing toenails.  At least one is now fixed.

Its not gee not  great year health wise has it?