Who’s the Person of Questionable Parentage in the Green? 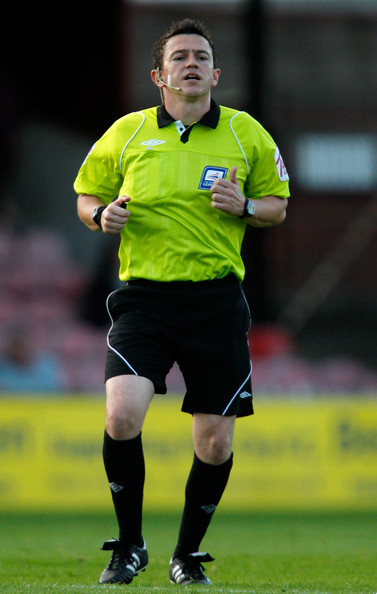 It was good to see Louise and Emma in their new home.  And be well fed from their new barbecue.  And sit on their new settee.  They seem happy.  Which makes me happy.

The day went pretty much as planned.  I’m now the proud owner of a foot spa.  Pondering how the hell to move it to somewhere I can empty it after over filling it.

Walking remains awkward.  After a few hundred paces I get to a point of genuine discomfort and hobbled into Boundary Park dreading yet another Oldham game.

The good news is that they’ve improved.  It took them over twenty minutes to go two goals down this week which is an improvement.  The bad news is that it’s now seven defeats in a row, out of two cups and not looking very good.

As I entered the stairway to commence my half time walk to the gents I was particularly wobbly.  A soft, warm hand reached out to mine, helping steady me.  A brief moment of love in my eyes for a young policewoman who had clearly seen my incapacity.  I smiled, as best I can, thanking her, and walked up the four steps to the concourse before she released me.  Ah, if only I was twenty years younger …

The second half of the game was great fun.  Oldham scored lots of goals.  Alas, Charlton still won by virtue of scoring more.

When I was a lad referees wore black and goalkeepers wore green.  Yesterday the referee wore green.  I recall his performance at Bradford last season where he seemed keen to please the home fans.  No such luck yesterday.  He pranced around waving yellow cards at Oldham players for innocuous nothings, produced a red card for a substitute’s second minor foul, and then spent injury time realising he hadn’t been particularly even handed and dramatically produced three yellow cards for Charlton players which involved running towards them, having a chat and then dramatically reaching for his pocket to wave his card camply in the air.  Sarcastic cheers from the ever declining Oldham faithful.

I doubt I’ll watch the match highlights to assess his performance and further.  The home crowd muttered about parentage, female genitalia and other rude words to describe his performance.  Perhaps we’d have even won the game had he not sent a player off.

The USA trip gives me a month off from football.  I’ll miss it!

A Break From the Old Routine

One thought on “Who’s the Person of Questionable Parentage in the Green?”