Provincetown and the Pilgrim Monument 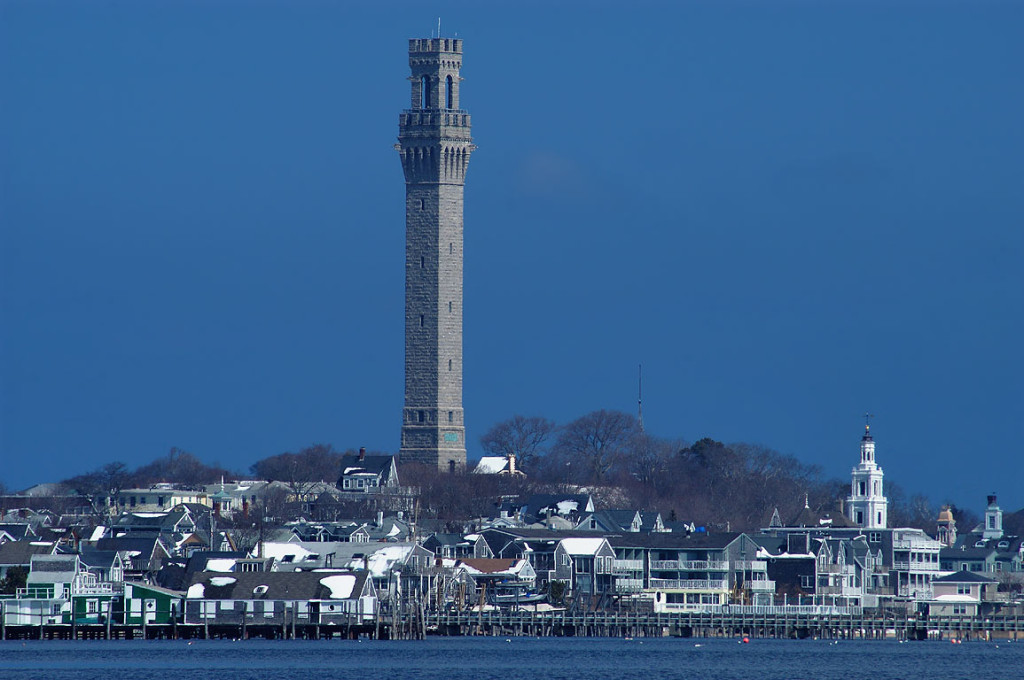 Provincetown is where the Pilgrim Fathers landed first.  A month later they cleared off to Plymouth, having realised that decent supplies of fresh water were a good idea.

But the story gives the current residents of this small town a bit of pride.  And in 1902 they erected a big tower out of granite to recognise the fact.

All this information is new to me.  Yes, I’ve heard of the Pilgrims.  I vaguely knew that they wanted religious freedom and Henry VIII wasn’t too keen on that.  Cutting a long story short, you could argue that Henry VIII is to blame for Donald Trump …

Anyway, an expensive car park and an outrageously priced seafood lunch later we headed for the impressive Pilgrim monument.  Another $12 each to walk up it.  So we did.

Magnificent views of Cape Cod.  Blurry ones across the bay to Plymouth and Boston.  Sea, boats, jettys, sand.  All good stuff.  It’s just a shame that they have to cage us in at the top.  Mind you, I was too tired to care!

Another Trip Draws to a Close

One thought on “Provincetown and the Pilgrim Monument”