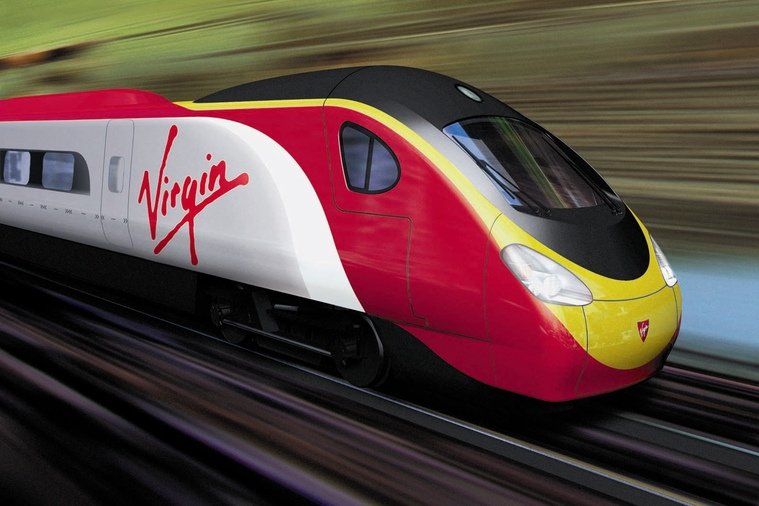 We arrived at Manchester Piccadilly station in good time to commence our trip to Southend for the big League One game of the day.  Southend v Oldham.

Greggs £2.25 breakfast was the plan.  But their value sausage and bacon muffin with coffee for little over £2 proved too popular as the queue snaked out onto the station approach.  So we ended up in a place called Leon who, for twice the price of Greggs, supplied a bacon and sausage sandwich with the added extras of a pointless leaf of spinach and a seasonal cranberry sauce.

We then wandered up to the rather scruffy first class lounge where I harvested a flapjack and a coffee before we headed to our train.  Then the chaos commenced.

The two trains before had been cancelled, placing inevitable pressure on our 9.35am service.

We headed to our reserved seats, grabbed a bottle of water from the onboard fridge and waited as the train filled.

And continued to fill.  And fill some more.  By the time we departed the first class carriages resembled something like a Delhi to Calcutta service.

Then the rather irritating, although perfectly understandable, announcement.  “Thus service has been declassified”.  In other words, no free coffee and sandwiches!  The good news is that this will trigger a partial refund.  As and when I fill out the form!

As the journey commenced we witnessed a spat between two ladies arguing over seats.  I’ve no idea what the writes and wrongs of the case were but the pair of them shared some vicious eye contact for the next couple of hours!

Euston was heaving.  Despite my walking stick being in use, the people of the south were taking no prisoners as I hobbled behind Chris.  Hell, I’ve felt impatient thoughts to slow movers in front of me in the past.  But brushing past a bloke with a stick, unbalancing him, was certainly not something I’d ever have contemplated.  Being on my feet in crowds is a major threat to my health it seems.  Leg break risk.

We tubed it across London to Moorgate and on to Liverpool Street.  Both stations appear to be going through significant investment.  Both stations suffered from an appalling lack of signs as a result of the refurbishments and we took wrong turns on a couple of occasions.  More than once I felt irritated by the investment being made when the concept of electric trains across the Pennines gets repeatedly “delayed” by governments of all shades.

At Liverpool Street we found our service to the town of Prittlewell.  A nicely named dive of a place near Southend United’s stadium.  The first class compartment consisted of a small part of the carriage where there were four seats across instead of five.  It soon became clear that the “free” coffee and biscuits I thought I’d paid for by travelling with the posh people didn’t exist.  This was first class with no wifi, no food, no staff to prevent scrotes joining you from cattle class.  I’ve no idea how much extra I’d paid for this segment, but it certainly wasn’t worth it!

Then the walk to Roots Hall stadium.  Slow with the stick.  A portion of chips and a teaspoon full of gravy from a handy and popular chippy.  A ten pound note handed over for two portions.  A small number of coins returned in change.  I think southern owners of fish and chip emporia make significantly more than their northern counterparts!

Into the ground, scanners for turnstile operators.  I could easily have bought us two under twelve tickets and we’d have still got in!

Then the match.  Conceded a penalty.  Missed our own penalty.  Miss a couple of other great chances.  Lost 2-0 and played poorly against the hard working southern softies (who deserved their win).  After weeks of exciting and goal packed football it’s now three games in a row without hitting the netty thing at the end of the pitch.

Back to the trains.  An earlier service than planned meant more lounge time at Euston.  After we’d navigated a path around waiting masses in the concourse.  A real struggle for a man with a walking stick.

I guess the Virgin lounge at Euston is a pleasant retreat on a normal day.  A wide choice of unhealthy snacks.  Fruit juice as well as hot drinks.  And they even sell alcohol in addition to the freebies.

Saturday night the place was in carnage.  Filthy.  Packed.  And I was beginning to feel keg ache from my walking.  So I despatched Chris to seek,out supplies.  Another flapjack returned!  Then an announcement.  “All trains have been declassified”.  The morning’s overhead line difficulties clearly not resolved.  I sent Chris off to get more supplies as our first class on board sandwiches were clearly not going to materialise.

And then, just after 7pm, the predictable news that our 19:20 train was delayed.  The nice lounge lady pointed us towards carriage G on the 18:40 service which was still sat on platform three.  We grabbed empty seats.  And a bottle of water from the help yourself cupboard.  And promptly plugged phones in to charge.  Then the train filled up.  Nice people on the table next to us.  Loud obnoxious tossers overdoing their gin further along.

The journey was slow and tedious.  My leg was developing quite severe pain.  And not enjoying the slowness.

It was a long and arduous day.  The football was poor.  The leg in pain.  But hey, there’ll be a refund of around 75% of what I paid out for the various (and expensive) train tickets.  Every cloud!

One thought on “First Class Failure”