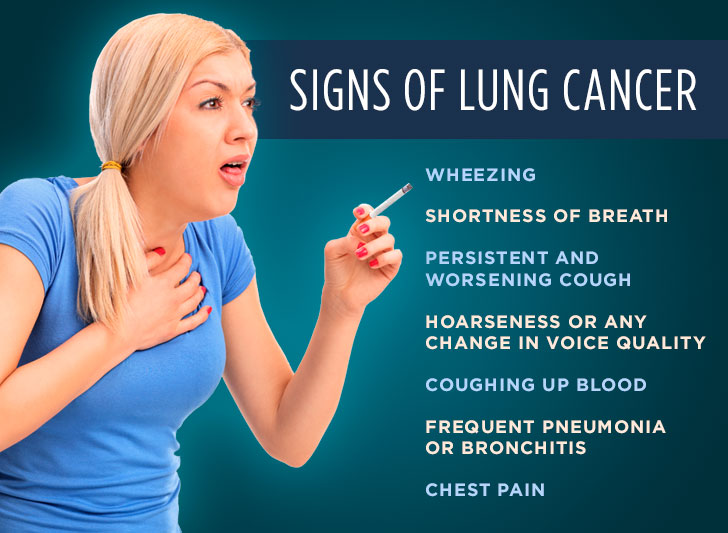 The image above amuses me, if it’s possible to be amused by lung cancer.  The cigarette for one.  To be frank, the association of smoking with my illness pisses me off no end.  Granted, lots more smokers get the illness than non-smokers.  But the doctors I saw on my pre-diagnosis journey of around seven months were simply not thinking lung cancer.  It wasn’t on their mind because I didn’t smoke.  I’ve never smoked.  The other symptoms listed were also not present.

The medical profession en masse weren’t thinking lung cancer.  It wasn’t and still isn’t on their checklists.  I don’t know if earlier access to afatinib would have meant smaller tumours in my bones and allowed the drug to last longer than the few months I got, but it’s a theory.  And while I’ve been accepting of my condition and the inevitable end game I think this naffs me off a lot.

Going back a few months before I got the news officially.  A pre-diagnosis journey where I was told I had an unusual minor back twist by a young GP.  Cocodomal was prescribed.

A BUPA questionnaire by phone where I described my back pain and, after a good half hour, a referral for physiotherapy.  My deteriorating bones didn’t respond to the basic slipped disc treatment.

Even the neurosurgeon didn’t have a clue.  At least he tested me for myeloma, an altogether more pleasant cancer if that’s possible, but that came back negative.

Then, after he’d collected several thousand pounds for propping up my spine (relief I’ll be forever grateful for) he referred me on to his oncologist mate.

A new private hospital.  A new doctor.  He didn’t even have the scan pictures.  But he did have the written radiologist report.  Definitely lung cancer.  I challenged him.  Could it be bone cancer that’s spread to the lung?  Survival rates at five years a lot higher if it is.  He shook his head.  How long have I got?  He shook his head and said he couldn’t commit to an estimate.  He had me lifting my legs up and down on his couch.  I think this was more an effort to make it look like he was earning his money as by this stage he’d already said to head back to the NHS, knowing my BUPA cover didn’t stretch as far as cancer that had spread.  A victim of the banking crisis – good old HBOS would have covered me.  Not that the private sector were any better equipped to save me.  At least I could go into decline in a private room with wifi!

I left thinking I’d be dead before the end of the football season.

A year has passed.  Based on 2010 data just 30% of those diagnosed with this disease at the same time are still alive after that year.  2015 data says that’s improved to 38%.  Five out of every eight are dead.  Reading between the lines that improvement is because of the “nib” drugs being prescribed to non-smokers.  I suppose I should be happy that the breakthroughs have focused on my subset of patient.

Can you imagine a group of eight of your middle aged friends. And then a year later five of them being dead?  I find the numbers hard to get my head around.  Of the three still going the statistics say two of us will be gone within the next four years.  They’re not great odds.  My recent drug change and mobility deterioration make me think I’ll be joining the majority.  And I’ve no desire to depart.

One thought on “52 Weeks Since Diagnosis”