Alcatraz – Land of the Fly 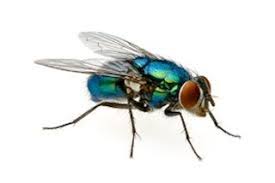 If you’ve never done the Alcatraz tour you should.  It’s excellent, notwithstanding the price.  Or the fact it’s a long way from home for most people.

As I hobbled onto the boat, trying to control my walking stick which has become a near permanant feature, we headed to the window.  To be mobbed by flies.  We went to the centre aisle of seats.  Six or seven on each of us at any one time.

I successfully killed two or three but breeding patterns for the little swines seemed to outdo my culling skills.

In the end, there was relief to arrive on Alcatraz and get away from them.  We got off the boat and we were most helpfully guided towards transport up the hill.  A nice perk of the cancer clinging painfully to my pelvis.

Then, as we ascended the zig zag of road into the heart of the former penitentiary the horror as more flies arrived to land on us.  Tickle us.  Irritate the hell out of us.

They did seem to let go as we grabbed our headphones and commenced the pre recorded tour inside.  I made mental connections with concentration camps, pondered the pros and cons of punishment v rehabilitation and convinced myself again that the death penalty isn’t a very good idea.  But neither is an extreme form of incarceration.

It was a great afternoon after a morning of negotiating the city’s public transport, seeing a street of nice houses where the road zig zags in a more picturesque way than on Alcatraz and generally exhausting myself while having a good time.

The Spirit of Dirty Dancing

One thought on “Alcatraz – Land of the Fly”