A Day of Rest 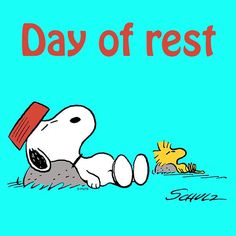 The last two days I’ve chosen to do very little.  Take painkillers.  Relax.  I’m now several episodes into the fifth series of The Next Generation and wondering how Lt Worf keeps his job when the only tactical advice he ever gives his captain is to blow the hell out of anything they encounter in space.  Advice that is always ignored by Captain Picard.

The reason for my laziness is to try and get my right leg fighting fit for a driving holiday.  For the last few weeks I’ve been dragging it around behind me, suffering pins and needles in it and, worse of all, struggling with an apparent trapped buttock nerve and sciatic reaction.

Last night it niggled for hours before I finally succumbed to the blitz technique.  Two naproxen, two paracetamol, two tramadol and an amytriptoline.  It’s a combination that gave me ten hours sleep and a bit of a drowsy start to the day.  Not ideal if I’m planning a four hour drive from Las Vegas to Grand Canyon.

Indeed, after an hour of being awake the niggle returned.  Pain in the butt.  Occasional electric shock in my ankle.  I switched to my daytime medication of ibuprofen and paracetamol which gave me four hours of relief.

Better still, for four hours after those pills had worn off I discovered a pain free freshness.  I could walk easily down the stairs.  Mobility almost fully restored.

Then, after watching Picard and his crew get addicted to an electronic game, threatening the very existence of The Federation, I fell asleep on my front.  A position chosen deliberately to minimise impact of bed on pinched nerve.

When I awoke, the pinched nerve roared in all its fury.  The ankle sciatica kicked out.   And I was forced to break my drug curfew with more ibuprofen and paracetamol.  The tramadol remains on standby.  One surge of discomfort might force them down my throat.

That could mean being asleep when Malta v England kicks off.  There is a temptation…

One thought on “A Day of Rest”