The Hotel With the Sensible Shower Controls 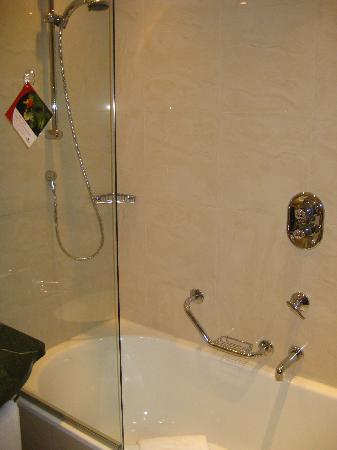 My morning shower at the Crowne Plaza Malpensa Airport. A breakthrough in modern shower technology. The controls are nowhere near the shower head.

This is what I’ve been seeking, without success, for decades!

You don’t get three gallons of ice cold water deluging your head when you turn it on, because the levers to operate bath and shower sit four feet away from the shower. Rather than forcing you to lean under he water flow to adjust. Marvellous!

This major progression in hotel shower provision needs rolling out across the planet before the end of the year.

One thought on “The Hotel With the Sensible Shower Controls”