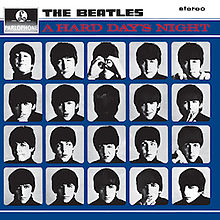 I’m not a fan of pain.  The two steps that reduced the levels of pain I was suffering last year were moments that I recall with happiness.

The neurosurgeon who charged me £900 over and above BUPA rates to cement my decimated L5 verterbra.  Massive reduction in the multiple back and leg pains that had been making my life hell.  Aerosmith’s “dude look like a lady” crashing out of his loud speakers into the operating theatre as the anaesthetist plugged me into her drugs.

Thats not quite true.  I still suffer pain and discomfort if I sit down for over an hour or do.  Driving short distances is fine.  But longer distances require me to “uncurl” my spine.  My phrase.  But it does feel like something is actually unwinding as I walk around gingerly.

Recent days have seen a return of some of the discomforts pre-op and pre-afatinib.  Not as severe.  Nowhere near the pain levels experienced previously.  Typically treated with a simple anti-inflammatory and paracetamol.

Last night I reinstated the big boys of my remaining pharmaceutical supplies, built up from repeat prescriptions provided following multiple conversations by telephone with my GP.

Firat out was a 7pm naproxen (anti inflammatory) combined with two paracetamol.  Shortly after 11pm I topped up the paracetamol.  Two hours later and the pain had really got hold of me.  So I wheeled in the tramadol and amitriptyline.  Slept the next six hours like a baby!  And then stirred, checked my emails and zonked for a further couple of hours.

I am cautious about using those last two drugs.  They are addictive.  I won’t be using them if the pain levels are low.  But they were kind to me last night and I’d rather be high as a kite than suffer extensive pain.

Fingers crossed a couple of days rest will fix the leg and the drugs can return to the darkened corner I keep them in.  I really don’t want to have to reopen my pain relief hotline to the local GP.  Not until the inevitable happens.

One thought on “Worst Pain in Months”