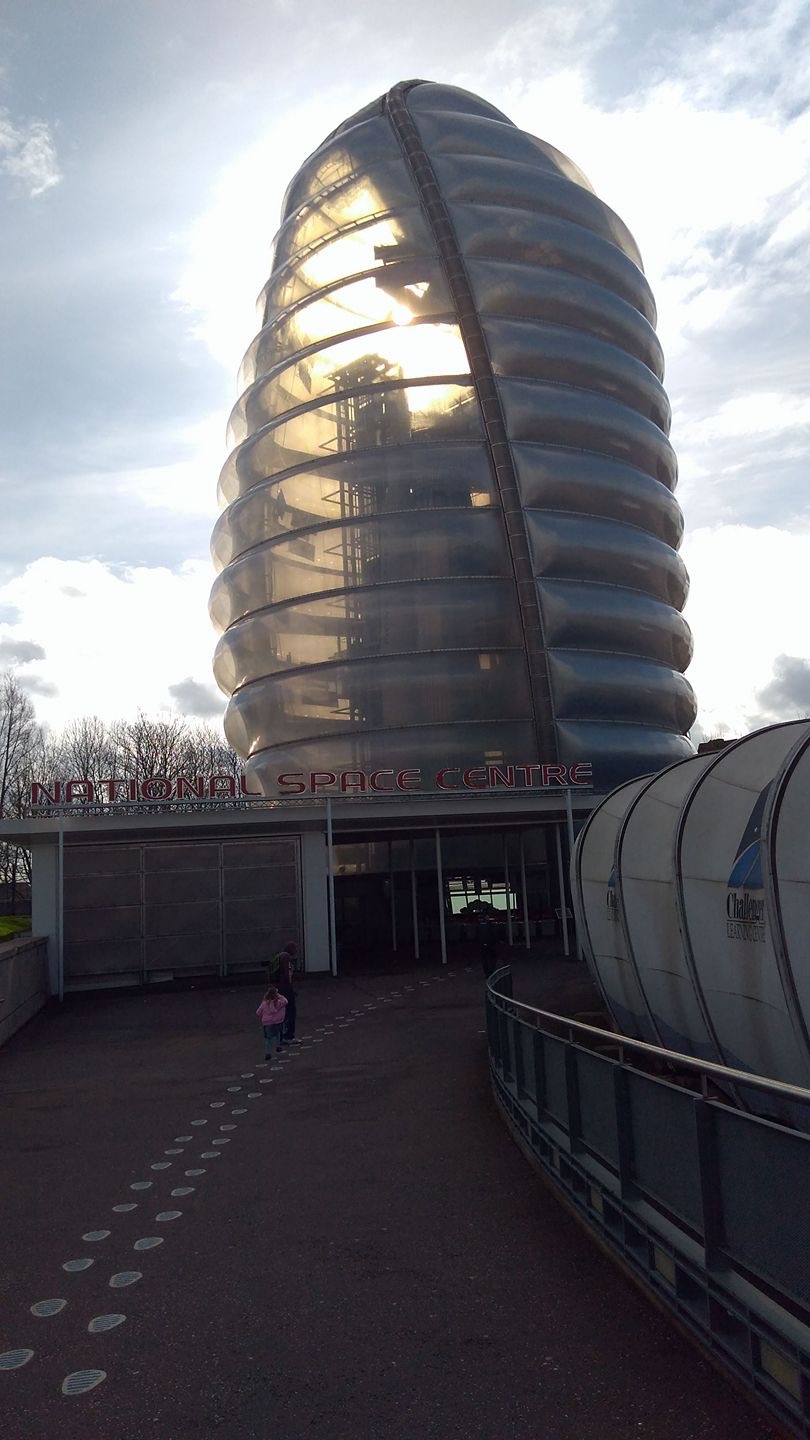 Yes, I know I said I was off to do something in Yorkshire today but the weather was iffy and I didn’t fancy the arty farty sculpture park.  Maybe another day.

Apparently the Yorkshire masses have declared Leicester as a part of Yorkshire since they discovered Dicky III buried in a car park there.  Apparently he was from the north’s secondary county.

After piling down a magnificent pub breakfast I hit the road mid morning and sauntered up the M1 pondering my options.  The National Space Centre in Leicester won the battle.  £3 to park, no standard parking spaces free but dozens of disabled ones.  £14 to get in.  Immediately I was struck by numerous men in suits.  It became evident that they’d packed the car park as a nice little earner from business conventions etc.

Next observation was that this is a place for school trips.  Dozens of kids in lines everywhere, occasionally released to see the exhibits.

And that was the first time I realised that this is just an exhibit.  It’s not the centre of the UK space programme, it’s more Millenium Dome with substance.

And I have to say that unlike the Done the exhibits are pretty damn good.  Lots of history of the universe, the planets, astronomy etc to put everything in context.  Interactive stuff.  Brian Cox eat your heart out.  But you also get space race stuff.  Real bits of space vessels.  How the Nazis got us so much closer to exploring space.  Tim Peake cardboard cut outs.  The Genesis program (and I don’t mean from the Star Trek movie) and so on.

I spent a couple of hours there.  Enjoyed it.  Probably best aimed at 11-15 year olds but the was certainly enough to keep me interested.  Ît’s a shame I couldn’t hang around for the Planetarium.

Home now.  Enjoying thinking about a good 24 hours.  Off out tonight with the work guys despite knowing I’ll never work with them again.

They Gave Me the Key to the Pub!

One thought on “Space – The Final Front Ear”