Sub-Zero Football With One Eye 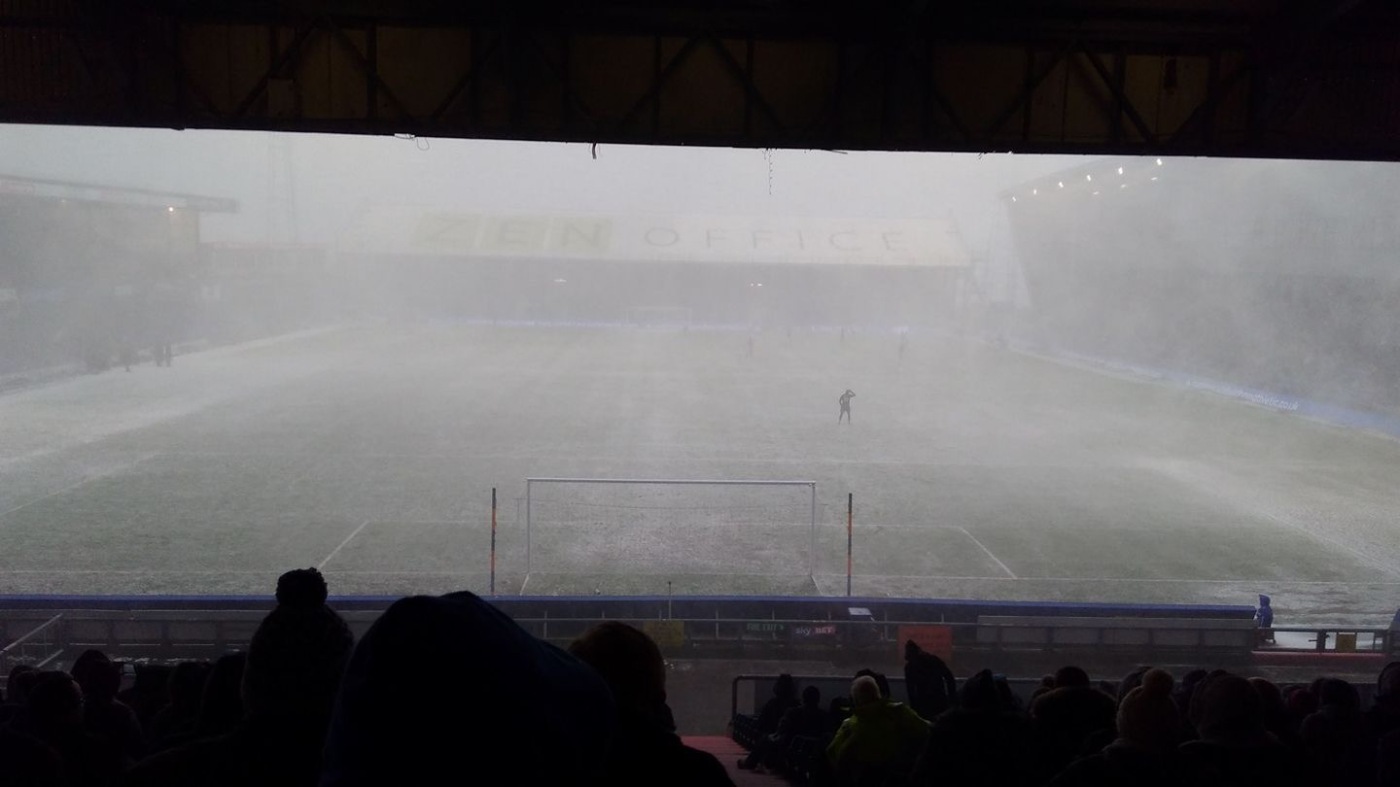 They said the wind chill made temperatures at Bounary Park minus eight yesterday.  Lordy did my right eye know about it.  The cold bit into my Bell’s palsy affected cornea causing significant pain, mitigated only slightly by me covering the eye with my right hand.

Given the awful quality of the game, in particular the dreadful contribution of Oldham’s players, reduced vision was probably a good thing.

Two goalkeeping disasters gave Portsmouth a half time lead that they held to the end.  At least I believe they did.  I broke my rule of never leave early by exiting when the fourth official indicated five minutes injury time.

There was hope of an abandonment mid way through the second half.  A blizzard made it impossible to see the ball.  The referee eventually paused the game, but, alas, conditions improved and the game recommenced.  Still awful to watch.  Even with just one eye.

The hour drive home was warmed by the effective heating on the BMW.  But of all things, my knees remained ice cold into the early hours.  Maybe I need a tartan blanket for match day.