As I Start to Run Out of Holidays, the New Football Season Approaches 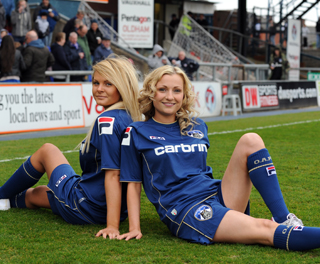 The football season is important to me.  The quality of the action I pay to see may be lacking at times.  But it’s a cornerstone of my life.  My existence.  Who I am.  It’s what I do.  It’s what I do with my son.

It crossed my mind yesterday, when being taken by surprise at a lunch with many old colleagues, that I’ve not got much lined up for the remainder of the year.  Anglesey in good company at the end of this week.  A Wimbledon final.  Chile.  And Australia.

The Oz trip is the one I’ve always wanted to do.  That’s always been my “I will interrupt the football season for weeks to do this” trip.  But my sequence of three to four day European breaks was invariably built around the fixture list, hospital appointments and where’s cheap to get to.

I might have to be more brutal around missing matches, despite having paid for a season ticket.  That purchase in March was as much a two fingered salute to my cancer as anything else.  I already knew I was going to miss a significant number of games, including the opening fixture.

I might need to be a little more brutal in my planning.  I definitely want to do a USA South West “farewell tour”.  September perhaps.  That Pompeii and surrounding area trip still hasn’t fallen into place.  The Grand Prix in Baku at the weekend opened my eyes to a more distant destination – perhaps one to fly to/from in steps via other city breaks rather than suffer seven cheap hours of Wizzair.

So I’ll get back from Chile jet lagged.  Drive Chris down to Walsall the next day to get our football fix.  And then get to work on what I want to see and do before the weather turns and The Ashes arrive.  Scotland’s coast too!

Did I Miss a Smug Moment Opportunity Flying First Class?

One thought on “As I Start to Run Out of Holidays, the New Football Season Approaches”