What Were My Cancer Symptoms? 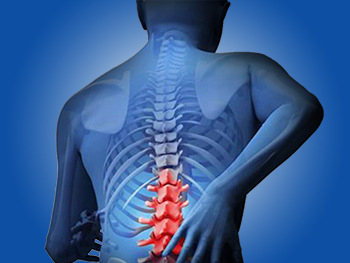 It never crossed my mind that I had cancer.  While it might be helpful for others to know what, in retrospect, I realise were key moments of the cancer spread, it’s highly likely that your GP wouldn’t refer you for a scan.

February 2016 I experienced the faintest chest growling if I lay on my front.  Very slightly different to the minor cough I’d had since having my tonsils out in 2008.  I did nothing.

It only crossed my mind last week that another sign of the illness also struck me in February 2016.  I played badminton for the first time in 35 years and went for it big time.  Enthusiastic is an understatement!  A painful shoulder ensued.  Over the following week it spread across the whole of my upper chest with severe pain and swelling.

Being a man I took paracetamol and ibuprofen and didn’t trouble the doctor.  I assumed it was a sporting injury.  With hindsight, it’s ridiculous to think using my left shoulder could damage the right side of my chest in such a way.  But even if I had got an A* cancer investigation and diagnosis at that stage I was still done for.  It had spread.  Stage four lung cancer patients simply don’t live long.

While the bulk of that pain went away, three months later I experienced a strange sizzling sensation in my upper back.  It was odd, but strangely pleasant.  I ended up with a spot on my back where the sizzle was and thought nothing of it.  Indeed, that pleasant sizzle continued inside, albeit mildly, until I started the afatinib pills.  Strange how something so deadly can actually feel pleasant.

Not soon after the first sizzle I got upper back pain.  My GP said it was muscular, unusual to get it in my mid-upper back and prescribed Cocodamol.  Off I trotted.  Attending work events in my new team in genuine discomfort.  Worrying that they’d think the new guy was a demic.  The pain diminished a little over time.

Then the lower back pain began.  I just have a slipped disc, surely?  I rang BUPA who, after a length telephone questionnaire, referred me to a physiotherapist.  Sciatica shooting down my right leg.  Real agony. The treatment included lots of thigh rubbing, pins being stuck into muscles and a prescription of thirty minutes a day of specific exercises at home.  While it worked at softening the agony for a time the major pains usually returned before the next session.

A July driving holiday was severely inhibited by the pain, but I still managed some decent walks with Chris, the soothing effect of white water rafting and a day soaking in thermal hot springs.  But my pain was pretty constant throughout.

On session eight, my physiotherapist told me to ring BUPA and tell them things weren’t working.  And she was right.  A subsequent MRI scan of my lower back displayed dead bone in L4 and L5 vertebrae.  It’s now September.  The neurologist guessed wrongly at myeloma.  Blood cancer.  That scared me.  It would have been a hell of a lot more friendly than effing lung cancer though!

It wasn’t until I finally got to my NHS oncologist in November that they told me ribs, lymph nodes, several verterba, pelvis, sacrem and other bits I can’t recall were goosed.  As spreads go, my body had been impeccable.  Great effort Dave!

Early MRI investigations would have got me treatment faster.  What I’ll never know is if I’d got treatment and that had limited the spread, would that increase life expectancy?  I don’t think even the experts know.  And for me I suppose it doesn’t really matter.  It is what it is.  Live before it finishes you off.

One thought on “What Were My Cancer Symptoms?”